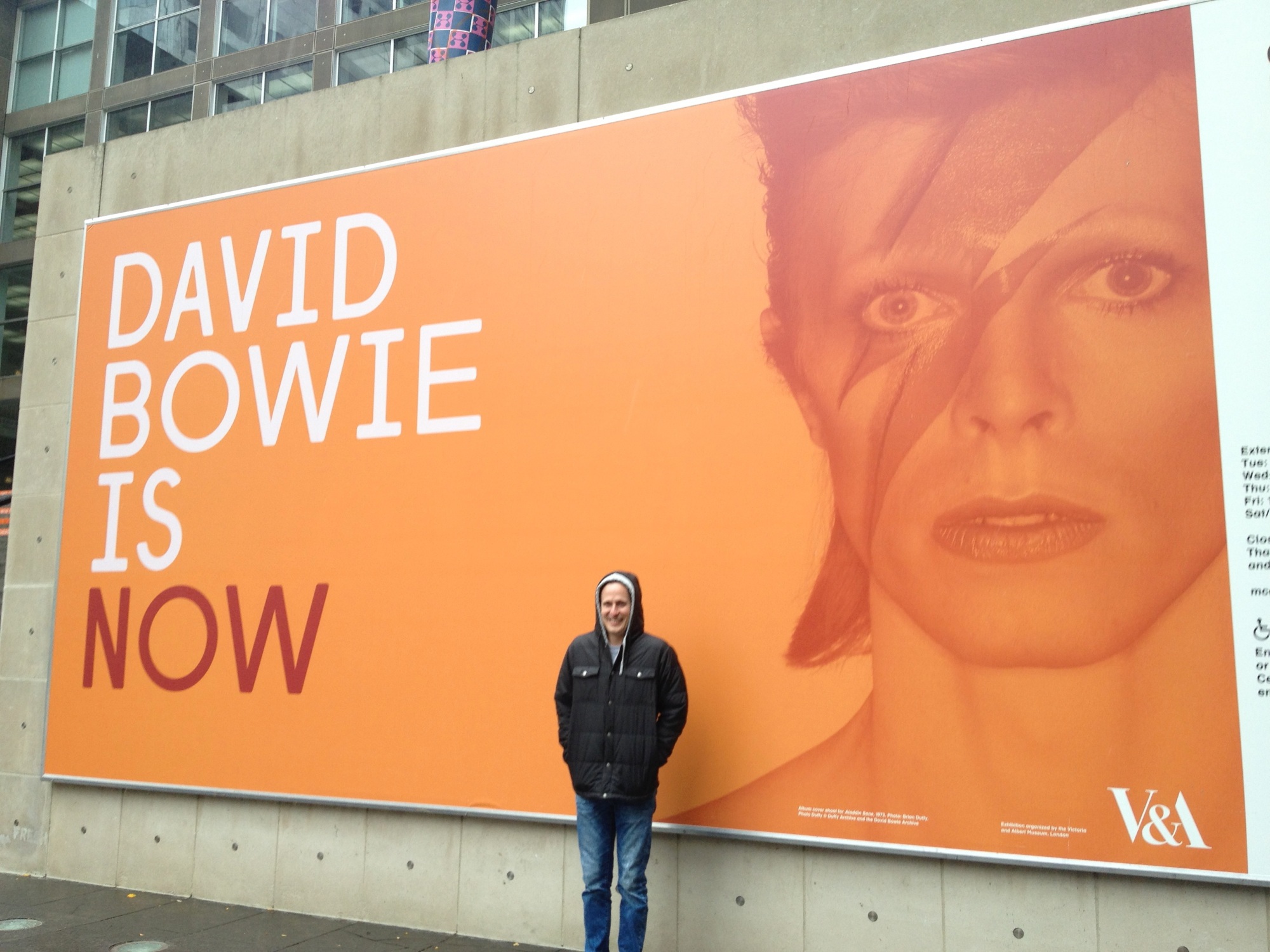 Today was a very strange day to say the least. I’m still in shock to be honest. I managed to put this together earlier, but I still feel at a loss for words… This hurts a whole, whole lot.
Track list and mix below:

It almost feels kind of wrong to be this upset today. It feels sort of shameful and kind of self-indulgent to mourn a rock star, someone you had never met in person, in the same way and with the same depth you would mourn the loss of a friend or family member. These lines seem very blurry to me today however, as David Bowie basically was an honorary member of one side of my family thanks to my uncle Frank. I grew up listening to Bowie in the cradle and he was an omnipresent force that consciously and sub-consciously guided and shaped me in so many ways over the 40 years that I have been alive. The albums Frank loaned to me and the mix tapes he made for me in the 80’s were as precious as spun gold to the pre-teen and teenage me and all of my fondest memories of holidays, birthdays and other family gatherings have Bowie soundtracks laced into them. I essentially became the rabid fan of music that I am today due in large part to my uncle Frank and his fandom of David Bowie, which he very gracefully passed down to me over the past four decades.

I was fortunate enough to see Bowie live over 30 times, with my first show being the 1987 Glass Spider tour at Veterans Stadium in Philadelphia when I was 12 years old. Bowie shows were way more than just concerts to me, they were family events. Those nights are some of the most precious memories that I hold on to today. It pained me deeply when it became apparent about a decade ago that he was no longer going to tour, not only because of the fact that the world would be forever void of the pure awesomeness that was a Bowie show, but as it also took away another chance to spend time with my uncle, which is unfortunately an increasingly rare treat these days. Now, with David Bowie’s death, the concept of our very limited time on this earth and the fact that no one here gets out alive has more gravity than ever.

Although David Robert Jones was always just a mere mortal man, with flesh and blood that flows like yours or mine, his Bowie persona projected a sense of immortality, a notion  of otherworldliness and transcendence above all norms. While thoughts about what the day that Bowie passed on would be like did cross my mind more than a few times over the years, I guess I just naively wanted to believe that the man who sold me my world would live on forever. Fortunately for all of us, his art, music and amazingly impactful legacy as David Bowie will do just that.
Rest in peace David Jones, and thank you for everything.

The mix contains one or two or possibly three tunes from the years 1966 though 2015. LP tracks, singles cuts and live tracks.  I wanted to get this up on this fateful day, so I didn’t go back and mix down the entire 4 hour mix track by track. That would have taken me days as I would have gotten hung up on each songs significance. Guaranteed it’ll still sound glorious or your money back.
Take care all and please enjoy with those you love.